Westfield is a town in Union County.  As of the 2010 United States Census, the town's population was 30,316.  Westfield consists of two sides of the town, the North Side and the South Side.  Westfield, is a beautiful community of 6.29 square miles, distinguished by 211 acres of parkland. Westfield is noted for its beautiful homes, broad tree-lined streets, exceptional schools, upscale downtown shopping area, and it’s cultural and community recreation programs. Check out Westfield's market statistics HERE!

Shopping and Dining –  Westfield's downtown features many local and national stores, such as Lord & Taylor and several landmarks.  There are over 40 restaurants and casual dining establishments throughout the downtown. Downtown is located mostly north of the Westfield train station. The downtown area has a mix of independent stores and boutiques as well as national stores. Over one-third of the retailers and restaurants have existed for 25 years or more.  Downtown Westfield, has over 200 retail establishments and 400 commercial enterprises.   Shopping and dining in Westfield also attracts citizens from other communities across the State of New Jersey.

Living – This affluent town has a coziness that stems from an intergenerational appeal. People who grew up in Westfield often choose to move back as adults — to be near parents and to be parents themselves. It’s the kind of community where children ride their bicycles and skateboards downtown, gathering at delis and Italian-ice stands.

Schools, Health, Transportation – The Westfield Public Schools are a comprehensive community public school district that serves students in Kindergarten through 12th grade.  Westfield High School was the 49th-ranked public high school in New Jersey out of 328 schools statewide in New Jersey Monthly magazine's September 2012 cover story on the state's "Top Public High Schools", after being ranked 41st in 2010 out of 322 schools listed in its 2013 report on "America's Best High Schools.”  In the 2011 "Ranking America's High Schools" issue by The Washington Post, the school was ranked 25th in New Jersey and 865th nationwide.  The Urgent Care Center at Summit Medical Group located in Westfield, is a 10-bed, state-of-the-art facility. The doctors are board-certified emergency department physicians, and the nurses are experienced in emergency medicine and certified in advanced cardiac life support and pediatric advanced life support.  New Jersey Transit's Raritan Valley Line provides rail service from the Westfield train station to Newark Penn Station in Newark with connecting service to Penn Station New York. Westfield's position and schedule on the Raritan Valley line make it highly desirable for commuters, as several times in the morning and evening rush hours a non-stop

Don't miss this rare opportunity home that transports you to your own private oasis! Lovingly maintained, richly landscaped soother of a home with a fabulous floorplan, o...

Charm and character abound in this meticulously maintained 4 br 2.5 bath Colonial. From the moment you arrive, you will be impressed by the inviting curb appeal on the tr...

WESTFIELD renovation project: 3 bedroom cape cod located centrally in one of most sought after neighborhoods in NJ. Finish the current renovations with the existing floor...

Head to toe new renovation! This quality Colonial is located close to a park, the train and Westfield's vibrant downtown. Be the first to move into this home which includ...

Rich in architectural details, this majestic home sits on a half acre of beautifully manicured property in one of Westfield's most coveted neighborhoods. Chestnut woodwor...

Beautiful 2 bedroom ranch in the highly desired area of Westfield. This ranch has 2 nice sized bedrooms 1 bathroom an eat in kitchen and a nice sized Livingroom. Not onl... 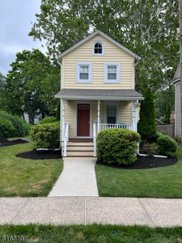 A true gem! Located in the award-winning Washington School district, this lovely home with an open floor plan was thoughtfully renovated by the current owner. Sunlight f...

The data displayed relating to real estate for sale comes in part from the IDX Program of Garden State Multiple Listing Service, L.L.C. Real estate listings held by other brokerage firms are marked as IDX Listing.
The information being provided is for the consumers' personal, non-commercial use and may not be used for any purpose other than to identify prospective properties consumers may be interested in purchasing.
Information deemed reliable but not guaranteed.
Copyright 2022 Garden State Multiple Listing Service, L.L.C. All rights reserved.
Updated:

Reviews on Zillow
3762634
"Courtney recently represented my father in the sale of his townhome. My siblings and I were all involved, as my father needed a fair amount of support ... more "

5.0/5.0
by sharonperlman2
3729568
"Courtney was very helpful in helping my wife and I find the right house and negotiate a fair price. She provided valuable insights during the process ... more "

5.0/5.0
by Peter Tomasello
3708523
"She is excellent. She knows most of central jersey in and out. She was very patient with us and she was never pushy at any point of the process that ... more "